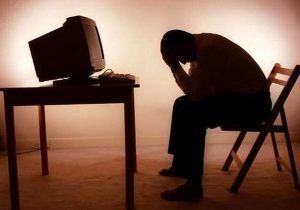 Mental illness can shorten life expectancy far more than smoking can, according to new research findings by Oxford University scientists.

Dr. Seena Fazel of the Department of Psychiatry at Oxford University was quoted by the Daily Mail as saying: “We found that many mental health diagnoses are associated with a drop in life expectancy as great as that associated with smoking 20 or more cigarettes a day. There are likely to be many reasons for this. High-risk behaviors are common in psychiatric patients, especially drug and alcohol abuse, and they are more likely to die by suicide. The stigma surrounding mental health may mean people aren’t treated as well for physical health problems when they do see a doctor.”

The findings, which are being described generally as shocking, indicate that life expectancy can be shortened by as many as 10 to 20 years among persons suffering serious mental illnesses. Heavy smoking, on average, cuts life expectancy by eight to 10 years, and drug and alcohol abuse shaves off, on average, about 24 years of life expectancy.

The researchers examined 20 papers with total sample of 1.7 million people and more than 250,000 deaths as they analyzed death risk of many conditions including mental health issues, autism spectrum disorders, learning disabilities, drug and alcohol abuse, dementia, and childhood behavioral disorders. Their findings are published in the journal World Psychiatry. Among persons with bipolar disorder life expectancy was decreased by between nine and 20 years; for persons with schizophrenia the reduction was between 10 and 20 years; recurrent depression saw a reduction of seven to 11 years and persons with drug and alcohol abuse issues could lose between nine and 24 years.

“Smoking is recognized as a huge public health problem. There are effective ways to target smoking, and with political will and funding rates of smoking related deaths have started to decline. We now need a similar effort in mental health,” Dr Fazel told the BBC.