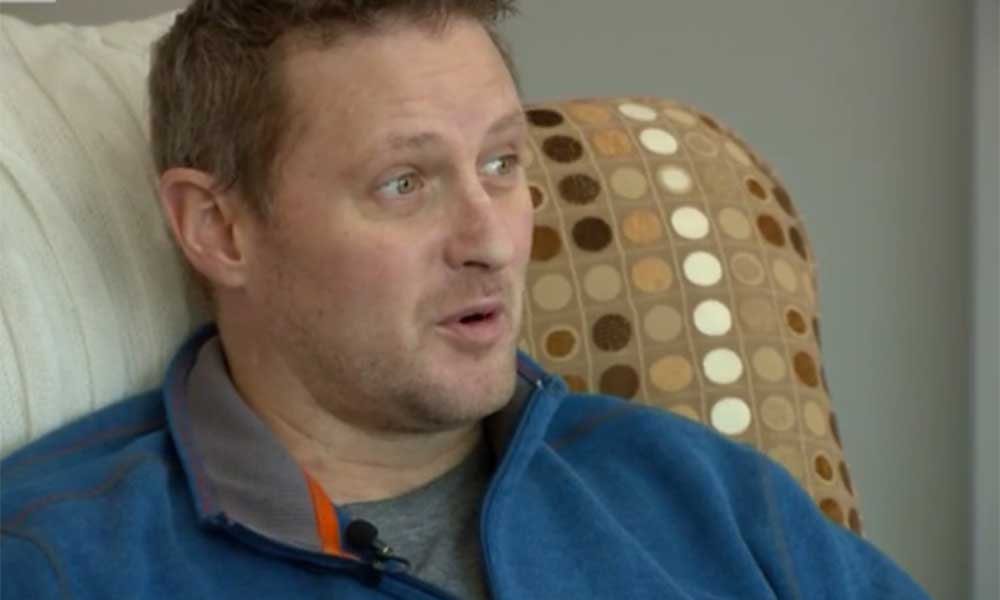 A simple case of strep throat, left a Michigan dad having to undergo surgery for the amputations of parts of his hands and feet, and it nearly cost him his life.

Kevin Breen, 44, developed an extremely rare strep throat infection shortly after his son had fought of a case of strep throat. Strep throat, caused by streptococcal bacteria, typically affects the throat and tonsils.

It was around Christmas when Breen began to develop flu-like symptoms, leading him to visit an urgent care clinic with stomach pain. Breen tested negative for flu and strep, but when his pain did not improve he went to the emergency room.

It was there that his stomach began to enlarge and harden. According to Breen’s wife Julie, the hospital staff thought he might have a mild case of acute pancreatitis.

When he began to show signs of shock, the doctors decided to take him into surgery to find the cause of his problems. During surgery, the doctors found more than what they thought was just acute pancreatitis. They found 3 liters of pus surrounding his organs and had no idea where it was coming from.

“Normally, we have to look for things such as perforations. We look for holes in the stomach or in the small bowel of the colon, and nothing was found,” said Dr. Elizabeth Steensma, an acute care surgeon at Spectrum Health Butterworth Hospital in Grand Rapids, Michigan.

Following his surgery, Breen developed a rash on his chest which doctors then feared might be streptococcal toxic shock syndrome, a severe illness associated with streptococcal infection.

The doctors took samples and discovered that the bacteria were that which causes strep throat, and based on the samples, Steensma said they could start to put the pieces together.

“That strep organism, that is really common, somehow that went from his pharynx in his throat and made its way into his abdominal cavity,” she said.

Breen went into multisystem organ failure and severe septic shock, and doctors worked quickly to treat him. The team “worked around the clock minute by minute for the next several days trying to keep him alive and get him home to his family,” Steensma said.

However, they still were not able to save his fingers and toes.

Steensma said Breen’s case “is extremely rare.” The toxins from the strep organism and medications he was on led to the need to amputate parts of his feet and hands, according to Steensma.

Dr. William Schaffner, a professor of preventive medicine and infectious disease at Vanderbilt University School of Medicine, said for most strep is just a temporary bother, but sometimes it can get into the blood stream and cause a serious infection.

“As (strep) travels through the body, it can set up housekeeping, if you will, in various locations in the body and cause damage at those locations,” he said.