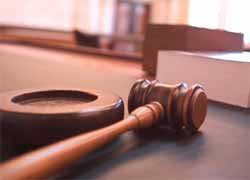 In what has been called a further erosion of the Fourth Amendment, civil libertarian groups are blasting a recent arrest by Ohio police of a driver who had a compartment in his car that could possibly be used to store drugs, despite no drugs being found.

The arrest occurred when an officer with the Ohio Highway Patrol pulled over Norman Gurley, 30, of Michigan for speeding. During the stop, the officer noticed wires that ran to a secret compartment in the car and thus made the arrest.

The officer claimed he was justified in searching the car because he smelled marijuana, however, no trace of any drugs was found in the vehicle.

The issue is a new law in the state that bans secret compartments in vehicles. The law states:

“No person shall knowingly operate, possess, or use a vehicle with a hidden compartment with knowledge that the hidden compartment is used or intended to be used to facilitate the unlawful concealment or transportation of a controlled substance.”

The problem is that the wording states that the compartment is illegal only if it is “intended to be used” or is used for illegal drugs.

Despite there being no indication that drugs have ever been present in the vehicle, the Highway Patrol is defending the arrest.

“Without the hidden compartment law, we would not have had any charges on the suspect,” says Lt. Michael Combs, a spokesman for the Highway Patrol. “We apparently caught them between runs, so to speak, so this takes away one tool they have in their illegal trade. The law does help us and is on our side.”

John Whitehead, president of the Rutherford Institute, said the police explanation is disturbing and shows how the Fourth Amendment continues to be chipped away.

“Although Norman Gurley had no drugs on his person, nor in his car, nor could it be proven that he intended to conceal drugs, he was still arrested for the ‘crime’ of having a hidden compartment in the trunk of his car,” Whitehead wrote. “This is what a world without the Fourth Amendment looks like.”