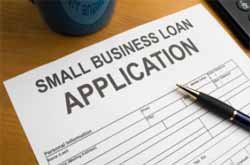 It’s a fact that most small business owners have come to accept: banking lending to small businesses disappeared during the financial crisis and never turned. While tight lending made room for alternative lending solutions, most come with incredibly high interest rates.

VEDC announced this week it will begin lending to small businesses in Connecticut, New Jersey, and New York through its new $20 million Tri-State Business Opportunity Fund. This move is done in partnership with the USB Elevating Entrepreneurs Initiative.

The fund will make loans from $50,000 to $500,000, which sets it apart from micro lenders who have filled the void banks created by lending much smaller amounts, according to Barragan. Further underlining the difference is the fact that VEDC says its interest rates will average just 6-8%.

This program is just the latest expansion for VEDC, which has lent over $180 million to nonprofits and small businesses in Los Angeles since 1976. Additional initiatives have been launched in Chicago and Nevada for women- and minority-owned businesses.

While this program is big news, it’s still a drop in the bucket, as Business Week reported. The US Small Business Administration guaranteed $30 billion in loans in the year through September 2013, while merchant cash advances account for another $1 billion in small business lending each year.

The hearing brought up five possible answers to increase lending to small businesses, including ending the uncertainty that’s dampening demand. According to Fred Green, president and CEO of the South Carolina Bankers Association, “Businesses simply are not willing to take on additional debt with so much uncertainty about the economic future they face.”

He added that demand for business credit is especially low among companies with strong credit.

The committee also found another, more immediate solution: ease banking regulations, particularly on community banks. This includes easing credit restrictions in the wake of the Great Recession, as well as collateral in the face of dampened real estate values.

Community Development Finance Institutions like VEDC have lent $1.5 billion since 2008. According to Mark Pinsky, CEO of Opportunity Finance Network, these institutions are actually “tugboat lenders,” working to pull bigger lenders into the market.

VEDC has an excellent track record in lending to businesses banks turn down, with a loss rate of just 2%. Barragan says many of his customers have had trouble with the real estate market, which is hurting them with banks, despite running a successful, profitable business.

Barragan added, “We hope that other institutions get involved in lending — not just banks.”