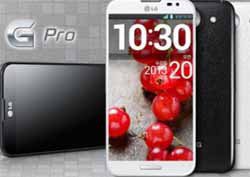 In general, trademark filings do not actually mean that anticipated and perceived products are on the pipeline. However, in an intense industry for modern devices, the action could indicate plans to eventually come up with gadgets that may match the existing popular products today. Several market analysts believe that LG is aiming to catch up with bigger rivals like Apple Inc and Samsung Electronics.

Just last week, the company announced plans to drop the name of its Optimus brand, which offers high-end smartphones in the line. LG Electronics disclosed that it would adopt the ‘G’ brand as a replacement. It is expected that the first device to roll out the G brand would be LG G2, the anticipated and reported successor to the company’s current Optimus G.

The GPad is expected to be a tablet PC that may compete with Apple Inc’s iPad. The G Watch is predicted to be a modern ‘smart watch,’ which is becoming highly sought-after and anticipated. G Glass is set to be the company’s version of the Google Glass.

The G brand may also expand to other products and services. G Link is predicted to be a new technology offering that may facilitate connectivity between LG TVs, LG smartphones, and other LG appliances. G Band could be an activity measuring monitor, while the G Hub may be an online guide for searching for information about music, apps, movies, and other content.

As mentioned, the G brand may be the new Optimus. This is indicated by the release of LG G2, which would have been Optimus G2, the company’s new smartphone that was spawned from the successful Optimus. LG G2 is scheduled to be launched on August 7 through a high-profile and well publicized event in New York City.

According to some insiders, that launch may also mark the unveiling of several other ‘G’ surprises. LG Electronics may possibly surprise the market by announcing specific products that correspond to the new trademarks. However, some people who are privy to the company’s plans think it may take time before those products are introduced.