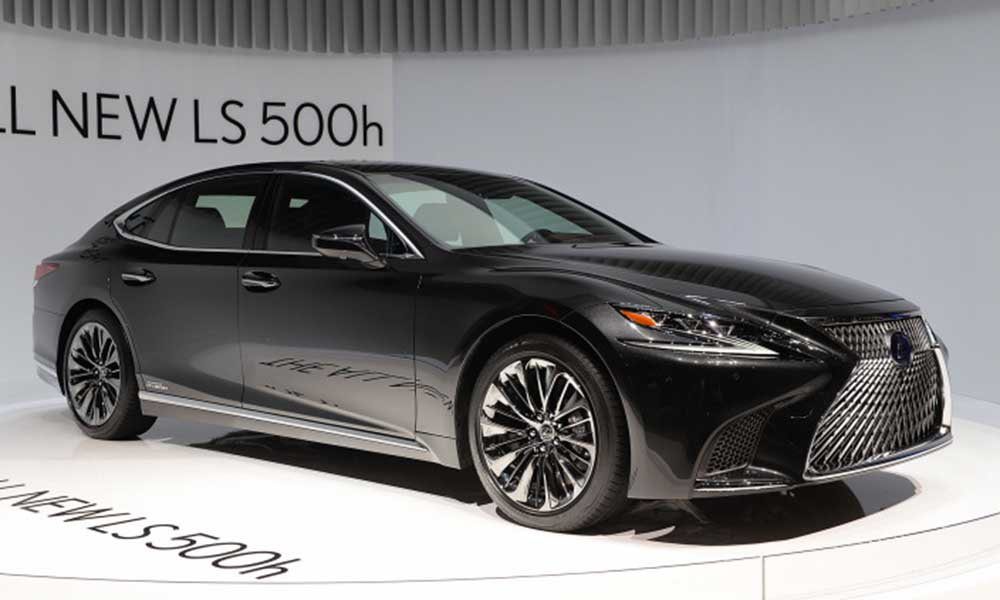 
Lexus’s newest hybrid sedan, the LS 500h which debuted Tuesday at the Geneva auto show, is aimed directly at the Mercedes-Benz and the Tesla. The LS 500h is an electric- and gasoline version of Lexus’ flagship sedan.

The Tesla’s $70,000 Model S comes with an all-electric engine system and the Mercedes S-class 550e hybrid comes with a 436-hp V-6 engine and a plug-in hybrid electric motor. Meanwhile, the all-new Lexus hybrid boasts a V-6 gasoline engine paired with two electric motors, a small lithium-ion battery and the equivalent of 354 hp, all on a multi-stage hybrid transmission that acts like a 10-speed gearbox.


The price of the new Lexus LS 500h has not been released yet, but it is expected to be right in line to compete directly with the Model S at a base level and go near $90,000 at the top end of the vehicle.

The new Lexus sedan looks identical to the standard version, which made its world premiere at the Detroit auto show this year and features a 3.5-liter twin-turbo V-6 gasoline engine.

The Toyota-owned luxury brand has struggled in recent years with over-styled and under-performing vehicles, making the new hybrid a strong step forward for the automaker.

The LS 500h and the accompanying LC ranges still have the unique, Lexus-style gaping front grille, however, it has now been paired down and pinched into a more refined aesthetic. On the new LS, the 123-inch wheelbase is also now 330mm longer than on the current long wheelbase of the LS 600h L.

The car boasts a coupe-like profile with its long, sweeping lines from front to rear. The rear tail lights on the LS 500h use high-def red lines that form a sharp corner at each end, providing an edge to counter the rest of the curves on the vehicle.

For the interior of the vehicle, the automaker has used the concept of omotenashi, or Japanese hospitality, to define the environment. The front and rear seats feature power adjustment, heating, cooling and massage functions. The interior of the car also features a leg-extending ottoman option for the rear seats. Wood grain and laser-cut detailing runs throughout the interior of the car, with new interior finishing options including “art wood/organic,” and “art wood/herringbone,” and “laser cut special.”

The 2018 Lexus LS sedan is set to go on sale late this year, and the hybrid will be rolling out soon after.