Connect with us
The American Dream has always been thought to involve enjoying a lifestyle that is better than your parents’. For generations, this has panned out. America is a land of immigrants and – regardless of where your ancestors came from and how poor they were – if you are a typical middle class family, your family has made serious progress throughout the years.
The great financial crash of 2008 has changed the dynamics of the American dream. One key indicator of this is the fact that the median American household is making around the same amount of money now as it was in 2007. Talk about a major step backwards. This fact leads to many other indicators that the great American dream of inter-generational progress is a thing of the past.
There is a lot of resistance to this thinking. It seems almost unthinkable that the idea of inter-generational progress is no longer possible. One of the most closely held and cherished ideas of the middle class in the United States is that: if you work hard enough, sacrifice enough, and do the right things, you will be able to leave a better future for your children. In turn, they would be able to leave a better future to their own children, and so on and so forth.
America’s widening wealth gap between the poor, the middle class, the rich, and the hyper-rich is at its widest in decades. There is a lot of discontent in the United States that turn on whether America can still deliver on the American dream. This is precisely the background that informs of the controversy behind the recent statement of American billionaire Jeff Greene. He is basically castigating Americans for spending money that they don’t have, trying to live a lifestyle that they can’t afford. He is saying that Americans should change their expectations. 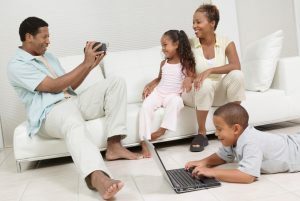 Predictably, Mr. Greene’s comments were met with a lot criticism. A lot of critics were saying that he is simply in no position to ask everybody else to scale back their expectations, when he flies around in a private jet and lives in a multi-million dollar mansion. After all, this is the same tycoon who recently put up a Beverly Hills mansion for sale to the tune of $195 million. Billionaire Jeff Greene isn’t exactly Mr. Main Street America.
While all these criticisms of Mr. Greene’s comments have some validity, they are beside the point. He does raise a very important question. Is the expectation of better living standards what defines America? If that is the case, we might have become the victims of our own expectations.
America can’t consume at the same levels without producing much of anything. The reality is that America is bankrolled by debt from China and other countries. The U.S. has to go back to becoming a producer country for it to start believing in the inter-generational American dream of progress. This is heretical to the ears of many people. This flies in the face of conventional wisdom regarding the resiliency of the American economy.
The reality is, as pointed out by Mr. Greene, a lot of the jobs lost in 2008 will never come back. There are certain economic patterns that are at play in the United States currently that point to a gloomier and smaller future. One key fact that you should really look into is the historically low level of labor force participation. This is not an accident. This is not a blip on the historical track record of the United States. This might be the beginning of a new economic normal for U.S. economic expansion. Expectations have to be adjusted accordingly.
Continue Reading
You may also like...