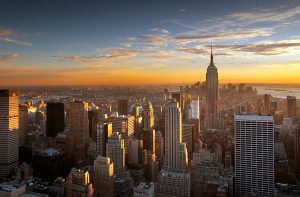 One of the hallmarks of a typical third world country is the virtual absence of a middle-class. When you look at the income distribution of a third world country, you’ll see a huge gap in the middle. There’s a lot of poor people on the left side and a huge gap in the middle and a tiny upward spike at the other end of the spectrum indicating the better off part of society. There’s this tiny film of affluence and everybody else is struggling to get by. Of course, this distribution changes depending on the developing country you’re looking at. However, this is the defining mark of a typical developing country.

Interestingly enough, this income distribution pattern has washed ashore into the United States. According to recent analysis by the University of Minnesota using Census Bureau statistics, the amount of Americans making 100,000 dollars or more has increased in the past 20 years while the number of Americans holding mid-level and lower-level jobs have decreased. This all translates to a huge growth rate in high-paying jobs and a massive decrease in mid-level jobs.
It used to be that mid-level jobs were the anchor of the American economy. Middle management jobs, mid-skill jobs used to form the bedrock of a robust middle class. This is no longer the case. Either you’re making a lot of money in certain sectors or you’re barely getting by. The middle has eroded over time. It’s very easy to dismiss this as primarily a regional thing. It’s very easy to understand this if you’re looking at Silicon Valley. A programmer specializing in cloud computing is sure to get paid 120,000 dollars upon graduation. The same with Wall Street. If you have the right degree from the right school, nailing a 120,000-dollar or 150,000-dollar job in a Wall Street finance firm is a no-brainer.
However, according to the data, this isn’t just a Wall Street or Silicon Valley reality. It applies to all fifty states. In fact, inequality has been growing in 49 of 50 states over the past two decades. This has been matched with an increase in poverty rates. What gives? What is driving the increased negative distribution of incomes and wealth in the United States? One key element is technological change. The skills set required in the new economy is vastly different from previous years. In previous years, you can simply graduate from high school, forget about going to college and get a decent blue-collar job that pays well or work your way up at a local company to become a middle manager. That is no longer the case.
The gap between the income potential of college graduates and high school graduates has been growing dramatically recently. It’s all about having the skill sets that would position you for jobs that don’t yet exist. That is the reality of the new economy in the United States. This is what’s driving a large chunk of income inequality. Another key driver to this is the policies of the US Federal Reserve that has been pumping a lot of money into the financial markets. Unfortunately, most of this money goes back to speculation or Wall Street and only a fraction of it actually hits mainstream. Put all together and you see the current wealth distribution gap. Will this gap persists? That’s anyone’s guess. However, one thing is clear: the US has faced severe income and wealth inequality before and has survived. I strongly suspect it will survive this period of inequality as well.
Continue Reading
You may also like...
Related Topics:Income Gap, middle class

What do layoff announcements say about the US stock market?
Strong Dollar Creates Volatility Risks