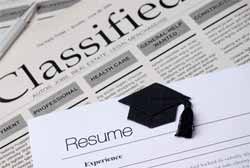 Employers in Illinois will no longer be able to employ background checks prior to a job interview under a new law signed by Gov. Pat Quinn.

Under the new law, which is an extension of an administrative order Quinn signed last year, an employer is only permitted to conduct a background check after the applicant is considered to be qualified for the job they are applying for and has been selected for an interview.

Quinn said the purpose of the law is to ensure that ex-convicts are not discriminated against.

“Everyone deserves a second chance when it comes to getting a job,” Governor Quinn said. “This law will help ensure that people across Illinois get a fair shot to reach their full potential through their skills and qualifications, rather than past history. It will also help reduce recidivism, fight poverty, and prevent violence in our communities by putting more people back to work.”

The legislation which was sponsored by State Representative Rita Mayfield (D-Waukegan) and State Senator Antonio Muñoz (D-Chicago), comes following the EEOC warning employers that they could be violating anti-discrimination laws by using background checks to screen job applicants or asking if a person has been convicted of a crime. The reasoning is that such questions unfairly target African-Americans who are represented in prison at a higher rate than those in other racial groups.

“By allowing applicants to undergo the interview process without being judged as unfit for employment because of their background, we will help individuals get back to work, pursue a higher education and become the responsible residents that our state thrives on,” Representative Mayfield said. “I believe this legislation will improve the lives of many residents and give them the opportunities they were previously unable to strive for.”

“Everyone should have the opportunity to be considered for employment,” Senator Munoz said. “This legislation protects people with criminal records from discrimination, gives deserving people a second chance and allows them to be evaluated based on their suitability for a position.”

While the law does not apply to jobs which require employers to exclude persons with criminal histories, such as a daycare worker, it would appear to apply to an employer seeking to hire a cashier from checking to see if the person has had problems handling money in the past.

Last year Quinn issued an administrative order to “ban the box,” which prohibited state agencies from asking if a person had a criminal history on the job application form.