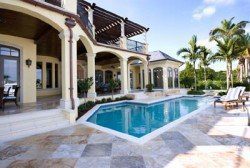 The National Association of Home Builders said on Thursday that its Remodeling Market Index (RMI) has reclaimed its all-time high of 57 in the third quarter of 2014 in yet another sign that the housing market recovery is on track.

This marks the sixth quarter in a row that the RMI reading has remained above 50. A reading of at least 50 indicates that more remodelers report higher market activity compared to the previous quarter. Overall RMI averages ratings for current remodeling activity with indicators of future home remodeling in the United States.

“The stabilization of the RMI in the mid-50s for more than a year demonstrates the slow, steady recovery of the housing industry that we expect to continue,” NAHB Chief Economist David Crowe.

The rising index is good news for home improvement retailers like Home Depot and Lowes, as well as building products firms and home renovation product suppliers.

In the previous quarter, the RMI’s future market conditions index rose from 56 to 58. All four of the subcomponents, including call for bids, amount of work committed for the next 3 months, backlog of jobs and proposal appointments, increased or stayed the same from the previous quarter.

The RMI component for current market conditions rose a single point to 57 this quarter. The categories of large additions and small remodels gained two points each, with the large addition category rising to 56 while the small remodeling project reading increased to 58.

“The fact that the index has been above 50 for six quarters doesn’t just mean it’s good — it means for six quarters it’s better than the previous quarter,” said NAHB research associate Heather Taylor.

Also this week, HomeAdvisor released its third quarter Home Repair, Maintenance and Improvement Quarterly Trend Report which found an increase in maintenance and repair jobs that accounted for 63% of all requests in the country. Home improvement requests have declined to 37% of total requests. The most popular projects included major renovations in the kitchen and bathroom.

“According to the data, bathroom remodels were the second most popular project requested, with kitchen remodels also in the top 10. Homeowners are still investing in cosmetic renovations, a fact that demonstrates stability in the home industry,” said HomeAdvisor CEO Chris Terrill.