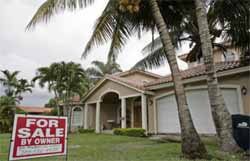 Home prices rose in 20 cities at a faster pace at the end of 2015, continuing a hot growth streak that some economists warn may hurt affordability.

The Standard & Poor’s/Case-Shiller 20-city home price index increased 5.8% in November from a year ago after a climb of 5.5% in October, according to a report released last week. The S&P/Case-Shiller index is based on a three-month average.

Home prices nationwide have almost recovered from the July 2006 peak, but some metropolitan areas have recovered fully. Four cities — Denver, Dallas, Portland, and San Francisco — have matched or surpassed their previous highs. Charlotte, North Carolina will soon join the list with home values less than 1% below the previous high.

The economy, meanwhile, has added 2.7 million jobs while borrowing costs remain low. In December, the Federal Reserve increased interest rates from 0.0% to 0.25% for the first time in ten years, but mortgage rates remain low.

Mortgage buyer Freddie Mac said the average rate for a 30-year fixed-rate home loan fell to 3.81% last week, down from 3.92% the previous week.

One factor pushing home prices higher is a lack of inventory. The number of available homes for sale has fallen 3.8% from a year ago, sending prices higher. The inventory on the market has averaged about a 4.8 months’ supply during 2015. At the end of December, the number of available existing homes was at a 3.9-month supply, the lowest level since the start of 2005. Economists view a six-month supply as a healthy and balanced market.

Builders have not kept up with the demand for new homes. Seasonally adjusted December housing starts had an annual rate of 1.149 million, 6.4% higher than December 2014’s rate but 2.5% lower than the November estimate. Starts on multi-family buildings fell in December to an annual rate of 365,000. Despite the unexpected pull-back by homebuilders, 2015 was the strongest year for home starts since 2007.

Home price appreciation, once in the double-digits during the recovery, are now at a stable 4-5%.