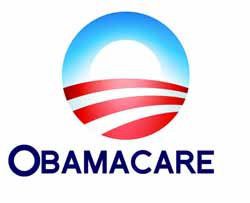 Despite the Obama administration’s assurance that the Obamacare website was safe, new information has come out that begs to differ. The computer security firm TrustedSec LLC has come forward with a 17-page report noting the many security flaws built into the Obamacare signup site.

David Kennedy, head of TrustedSecLLC, brought forth his concerns to Reuters earlier this week. “There are actual, live vulnerabilities on the site now,” Kennedy told Reuters.

Kennedy testified on his own and his firm’s behalf at a congressional hearing regarding the security of HealthCare.gov on Tuesday.

David Kennedy’s claims are corroborated by the story of another software engineer, Ben Simo, who blasted how the HealthCare.gov website was built. He told CNN that the developers of the website “…did not know how to do basic things to protect the user information” and that the site itself “…seems really sloppy.”

Back in late October the administration attempted to ensure users of the Obamacare site that their personal information was not at risk.

Joanne Peters, HHS spokeswoman, made the bold assertion that security threats did not pose an issue to the HealthCare.gov website. “When consumers fill out their online Marketplace applications, they can trust that the information they’re providing is protected by stringent security standards and that the technology underlying the application process has been tested and is secure,” she stated on October 30th.

It is now clear that this claim is bogus. Both Kennedy and Simo are technology experts, and they find the infrastructure of HealthCare.gov to be lacking.

If the administration wants to put a stop to the public’s displeasure and falling poll numbers, it must work quickly to increase security measures on the healthcare signup site.

Even with the security issues resolved, Obama and the Democratic Party will still have their feet held to the fire over other issues with the president’s landmark healthcare reform. Many Americans are experiencing rising insurance prices, and worse, insurance policy cancellations.

With over $300 million spent on rolling out Obamacare to the American people, security breaches will not sit well with Obama’s staunchest opponents. Expect increased scrutiny from the press and Obamacare opponents in the foreseeable future.