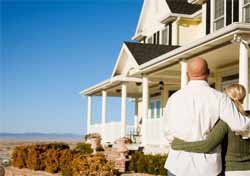 When the federal Home Affordable Refinance Program (HARP) launched in 2009, millions took advantage of the program, while many discovered they didn’t qualify to refinance their underwater loan. Recent changes to the program have made it more accessible for homeowners. The program stands out among many initiatives brought out to stem the wave of foreclosures, and it’s one that is finally living up to its ambitions.

Almost 3 million homeowners, including 900,000 who owe more than their homes are worth, have refinanced loans under the program designed to target borrowers with little or no equity. The majority of the loans were refinanced in 2012 and 2013 after a disappointing start.

In March 2012, Fannie Mae found that borrowers saved an average of $328 every month. HARP activity dropped off when interest rates jumped in May. Analysts still believe around 580,000 borrowers who are eligible can save a minimum of $150 per month by refinancing.

The program was first revamped in late 2011 and dubbed HARP 2.0. Among many changes, a previous cap limiting participation to borrowers owing less than 125% of their home value was eliminated, as well as improving lenders’ protection from potentially repurchasing the loans.

The program is now hitting its stride, just as interest rates are once again set to take off this year. Critics say the program could have been fixed by making it easier for mortgage companies to refinance loans they weren’t already collecting payments on, thereby increasing competition.

The Federal Housing Finance Company (FHFA) is expected to release HARP 3.0 this year, rebuilding the program and allowing millions to refinance their home and save money. This new change is expected to fix flaws in the first two versions of the initiative. Speculation points to reduction of some guarantee fees in HARP 3.0, which are costs charged to lenders and passed on to consumers. With fewer guarantee fees, mortgage rates could be lowered by .75 percentage points.

HARP 3.0 will also allow previous HARP users to refinance again under HARP. The revisions are significant; as many homeowners hurt the most by the housing crisis will have the opportunity to refinance.

As 2014 begins, homeowners who are underwater on their mortgage should consider checking their eligibility for a HARP refinance, particularly before interest rates begin moving back up.

You may be eligible for HARP now if:

Important changes already made to HARP include: No underwater limits, so borrowers may refinance regardless of how far their homes have dropped in price. No appraisals or underwriting is necessary for the majority of homeowners to speed up the process. HARP fees have also been modified, reducing or eliminating many risk-based fees for borrowers refinancing into shorter-term loans.

Finally, the deadline to apply for refinancing through HARP has been extended. Borrowers now have until December 31, 2015.