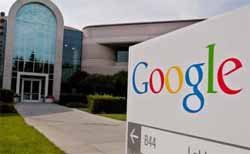 Google Inc (NASDAQ:GOOGL) (NASDAQ:GOOG) [stockdata ticker=”GOOG”] came under fire on Tuesday after an anonymous “former Google employee” alleged that the search engine giant has been robbing its AdSense clients since 2009. The ex-employee’s post on Pastebin was hotly debated in tech forums. However, the Mountain View-based company promptly shot down those allegations, calling it “a complete fiction.”

In a whistleblower-style, the individual detailed a timeline of events since 2009. The ex-employee alleged that Google Inc (NASDAQ:GOOGL) (NASDAQ:GOOG) [stockdata ticker=”GOOG”] knowingly closes AdSense accounts when they reach earning marks of $5,000 or $10,000 to pocket the money. The company would consider any high-earner account abusive whether or not they violated any terms. The Pastebin poster said the search engine company also favors its VIPs. The anonymous user accused AdWords of keeping a list of accounts that operate outside the terms of service rules. It also has a list of accounts that the company treats discriminatorily.

It may or may not be true, but the post could turn into a PR fiasco for Google Inc unless the company manages to deal with it successfully. It raises questions about transparency in the AdWords program. The leaker said that when a high-earning AdSense account is closed right before the payout, Google Inc flatly ignores any appeals.

Google Inc told The Next Web in a statement that the Pastebin post about its AdSense program is a complete fiction. The two programs described by the author, color-coding and extreme quality control, don’t even exist. Publishers that sign up for AdSense agree to a set of policies and Terms and Conditions to ensure the quality of the network of advertisers, users and other publishers.

AdSense allows publishers to serve targeted text, video, image and interactive ads. Google Inc (NASDAQ:GOOGL) (NASDAQ:GOOG) [stockdata ticker=”GOOG”] has a network of more than 2 million publishers, and more than a million of them have been using its AdSense program for more than five years. Last year, Google Inc paid more than $9 billion to publishers. The search engine company said that its terms prohibit invalid clicks.