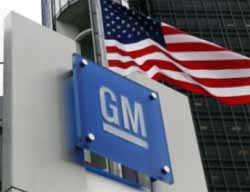 Union spokesman Choi Jong-hak announced on Friday that 54.3 percent of union workers approved the contract which includes bonuses of 10 million Won ($9,000 US) as well as a promise of no layoffs at the plant.

During negotiations the union had raised concerns that GM could be considering to reduce the size of its footprint in South Korea which is a key Asian manufacturing base as well as an engineering design hub for its mini and small cars such as the Spark.

The concerns arose after GM announced late last year that it would not be producing the next generation Cruze compact car in South Korea, sparking fears among Korean workers about a more general restructuring that could result in significant layoffs. During this time GM Chief Executive Officer Dan Akerson and other GM executives complained that the ongoing wage fight would make it even more expensive to produce cars in South Korea.

GM management views Korea’s labor union as being the most uncooperative of all its overseas peers. The unions staged partial strikes for 124 hours from July 4 to July 23 that were the longest since its worst walkout in a decade a year ago which resulted in a production loss of 40,000 vehicles.

A GM spokesman contacted by the Chicago Tribune refused to comment on how many vehicles were affected by the partial strikes or reveal any details of the labor agreement.

South Korea is a key production facility for GM and is one of the company’s largest overseas manufacturing bases. The facility produces over four out of every 10 Chevrolet vehicles sold globally making it a vital player for the company. Nearly all Chevy cars sold in Europe are produced in South Korea.

The facility produces an amazing number of vehicles. Last year GM Korea either sold domestically or exported an astounding 2.07 million vehicles including its so-called “knock-down kits.” A knock down kit consists of a complete set of vehicle parts that are sent out and assembled together in another country or region.

GM Korea also plays a vital role in the South Korean economy. The company is the nation’s third largest automaker after Korea’s own Hyundai Motor Co. and Kia Motors Corp.