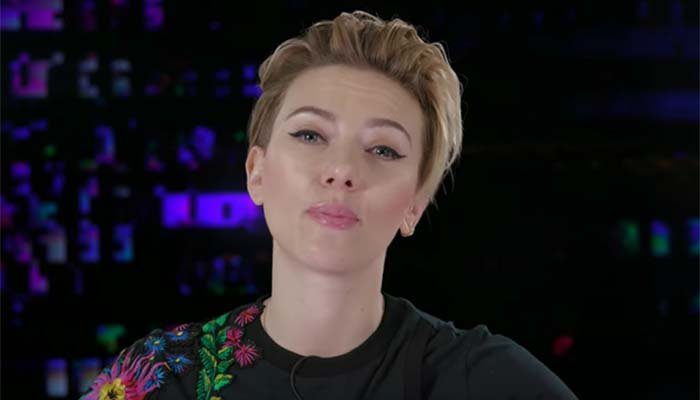 Hollywood A-lister Scarlett Johansson, known for her kick-ass roles in previous films (“Lucy” and “The Avengers”), is throttling her way back to the big screen. This time, her vehicle of choice is a movie adaptation of cult favorite Japanese manga series “Ghost in the Shell.” Based on the visuals of the film’s first trailer, released just recently, it appears Johansson will make an even louder noise among the manga’s fans.

The trailer opens in an unmistakably contemporary Japanese setting, with an otherworldly, robotic-looking geisha gliding down a long, lit walkway. Once it arrives at a fully-occupied long table, the mayhem begins. The scene then cuts to Johansson, who plays the half-human and half android soldier called “the Major.” She sees the action and opens her long coat to reveal her skin-toned suit, which makes her look completely naked. Then she goes off and does the things that her character does best.

In this live-action film adaptation, the Major, who captains elite task group Section 9, needs to confront a villain who is bent on destroying cyber tech company Hanka Robotic’s work. Considering there’s a lot of AI going on in the story, there’s also the question of what happens when artificial intelligence goes out of hand. The trailer also shows the Major desiring to know about her own origins.

Co-starring alongside Johansson is Takeshi Kitano as Chief Daisuke Aramaki, Pilou Asbæk as Batou, and Juliette Binoche as Dr. Ouelet, among others. Rupert Sanders (“Snow White and the Huntsman”), the director, counts this film as his second film feature – a big-stakes move considering that the project has a lot of expectations riding on it due to the manga’s cult status.

The movie, said to closely follow the 1995 anime version, had received its initial backlash with the casting of Johansson. Fans and critics accused the casting as “whitewashing,” considering that the lead in the anime series is Asian.

However, the director of the 1995 anime, Mamoru Oshii, gave the Hollywood treatment his blessing, which is expected to quell the protests. Also, the action sequences, effects, and scenes appear to evoke that unmistakable “Ghost in the Shell” look and vibe, giving fans and audiences reason to consider watching this live-action version with fresh eyes and an open mind.

Johansson, Kitano, and Sanders recently visited Japan to formally launch the trailer in the home country of the famed anime. Despite the early release of the trailer, the film won’t be arriving in theaters until March 31, 2017.