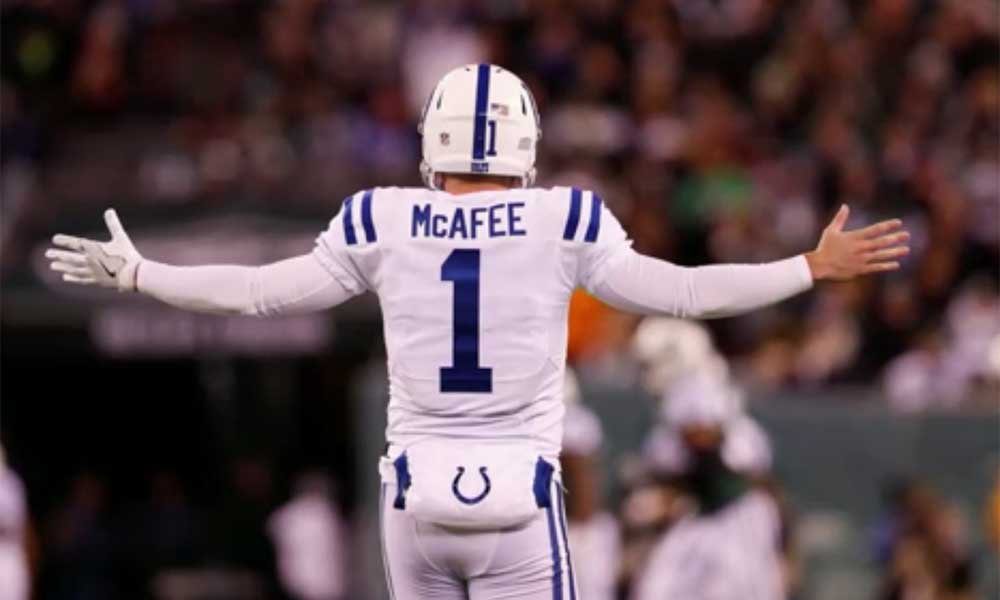 The search for the killer of two Indiana teen girls who were killed while hiking received a boost from a former NFL player.

Former Indianapolis Colts punter Pat McAfee and team owner Jim Irsay are nearly doubling the reward in the teen girl’s killings, for information that leads to the arrest of the perpetrator. The reward amount was increased to $200,000 for tips.

“The only people that are really going to know who this is, is somebody who’s had a long relationship with this person, whether it’s family or friends or something like that, and they’re probably struggling with loyalty right now,” McAfee said today on “Good Morning America” of someone who might know the killer. “But this is a horrible person.,” he said.

“And we thought that $200,000 is a life-changing amount of money. Hopefully, we just spread the word across the country, find this monster, get him off the street, which would be good for America, good for Indiana, just good for everybody,” he continued.

Police released a video clip that was retrieved from the cellphone of one of the victims, on February 22. The audio from the clip was played at a news conference in the town of Delphi, where reporters only heard three words from a deep voice: “Down the hill.”

At this time, the rest of the video will not be released because the investigation is ongoing. However, Capt. David Bursten said investigators did recover other evidence from the girl’s phone that is not being released.

Police have also released a photograph of the man who is the primary suspect in the investigation of the murders.

“We have officers out shaking the bushes, so to speak, knocking on doors investigating or speaking to suspects or anybody we believe might have evidentiary information to help us solve this case,” Slocum said. “That’s why what Pat and Mr. Irsay had done is so important to what we’re doing here in Delphi, Indiana.”

The Former NFL player, McAfee, said he plans to travel to Delphi and meet the victims’ families.

“I think we’re going to catch the guy and I can’t wait to get up there and celebrate that,” he said.

If any information about the case is known, it can be provided by calling the Delphi murder tip line at 844-459-5786. The information can be reported anonymously. Any tips can also be emailed to [email protected]