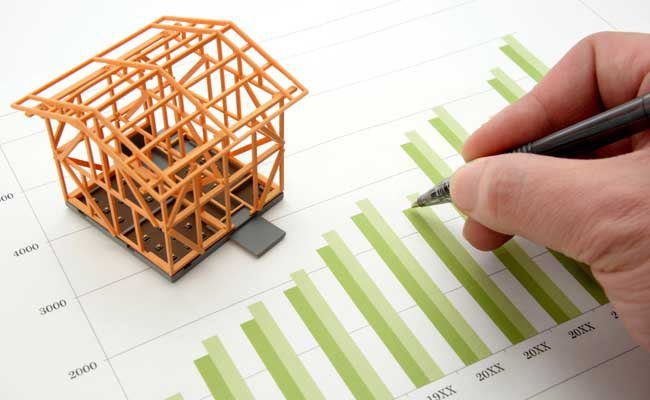 In the National Delinquency Survey of the Mortgage Bankers Association (MBA), the delinquency rate for housing loans was 5.54 percent on a seasonally adjusted basis for one-to-four-unit residential houses during the first quarter of 2015. At the same time, 2.22 percent mortgage loans were in the foreclosure process during the same period. Such low foreclosure inventories are the lowest since the fourth quarter of 2007.

While talking about the delinquency rate and mortgage loans in the foreclosure process, Joel Kan, Associate Vice-President of Industry Surveys and Forecasting for the MBA, said, “The foreclosure inventory rate has decreased in the last twelve quarters, and now is at the lowest level since the fourth quarter of 2007. The rate, at 2.22 percent, was about half of where it was at its peak in 2010. With a declining 90+ day delinquency rate and the improving credit quality of new loans, we expect that the foreclosure inventory rate will continue to decline in coming quarters.”

Another trend identified in the survey was that legacy loans accounted for the maximum percentage of troubled mortgages. Out of the total number of troubled loans, as many as 73 percent were mortgage loans originated in 2007 or earlier.

As far as latest mortgage trends are concerned, mortgage loan application volume declined by 4.6 percent in the week ending on May 1st, 2015, as per the records of the Mortgage Bankers Association.

Foreclosure Activity Jumped Up in March 2015

In terms of the national foreclosure activity during the first quarter of 2015, the number of foreclosures increased in March 2015 after falling for the first two months of the year. 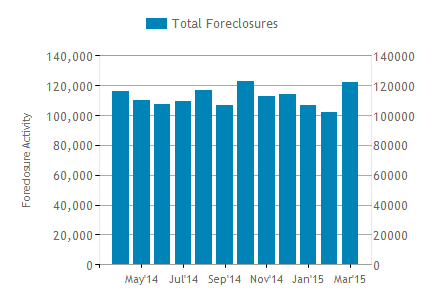 Foreclosure Activity in US during first quarter of 2015 (Source: RealtyTrac)