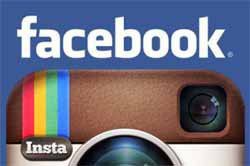 Facebook Inc has announced plans to introduce another feature that would further bolster the attractiveness of its photo-sharing unit Instagram. The company would soon unveil a special tool that would enable Instagram users to embed pictures and even videos on other Websites, including news sites and blogs.

The new interesting feature would make it easier and faster to post photos and videos on other Web pages. It would keep privacy settings intact. That means Instagram users could post pictures and videos from their accounts anywhere online and still keep ownership of those contents. If other people decide to share and re-post the materials elsewhere, the Instagram user could be sure everyone would clearly see that the content belongs to him.

This new tool would strategically hit two birds in a single stone. First, it would logically spread its influence and popularity across the Internet. As Instagram pictures and videos spread across the Internet, the Website would continue to gain greater exposure across the globe. Second, it is expected to further entice more online users to use the service.

However, because of the privacy provisions, the tool could only be used for contents that are already made public. Instagram users could only embed pictures and videos outside the network only if those are publicly accessible within Instagram.

The introduction of the new feature is also seen as a strategy to better compete against rivals particularly micro blogging site Twitter. It is expected that the tool could help expand Instagram’s reach especially on mobile devices, which are generally gaining popularity these days.

Last month, Instagram introduced a new feature that enables users to share videos through the network. Instagram used to be exclusive to photo-sharing until the new tool was introduced. As expected, it was warmly welcomed by its users.

Facebook promises to make Instagram more useful and exciting in the coming months. It said it is preparing to roll out more new features to help the social network reach out and entice more Internet users around the globe.

Instagram was acquired by Facebook last year in a controversial transaction that cost over $700 million. The photograph and now video sharing social network has about 130 million users who log in regularly each month. So far, over 16 billion photographs have been shared and made public through the service. There is no figure yet about the number of videos shared across the network.