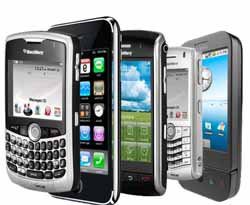 The use of smart phones could be blamed for the increasing number of individuals who are shortsighted. This is according to Dr. David Allamby, a laser eye surgeon who is based in the UK. The eye condition should not be blamed on old age anymore but on the use of iPhone, Galaxy, or other popular devices available in the market today, according to him.

Dr. Allamby has cited a 35% jump in the number of shortsighted adults in the UK as his evidence for his assertion. He reiterated that this number has started to increase since the first smart phones were launched in the market.

He recalled that in the not so distant past, shortsightedness tend to get stabilized by the time a patient turns 21 years old. But now, even individuals in that age tend to develop the eye problem more. He also disclosed that the shortsightedness is now getting more rampant in all age groups, wherein the use of smart phones is more common.

Dr. Allamby warned that if this trend would continue, up to 50% of people aged 30 years old and above would be shortsighted by 2033. The eye surgeon even coined a term for myopia brought about by persistent use of smart phones—screen sightedness.

He reminded everyone that screens put greater pressure on the eyes. It is not ideal if an individual would keep on staring on a smartphone screen for numerous hours at a time. Other eye experts recommend giving the eyes a break every 15 minutes of staring in PC or smartphone screens. This should be performed by placing the stare on another direction to give the eyes time to relax.

More people now use smart phones not just for calling or texting. Such devices have evolved to facilitate Internet surfing and videogame playing. It also does not help that screen resolutions get more powerful as those may put more strain into users’ eyes. It is always advisable to observe proper distance between the eyes and the smartphone screen when using the device.