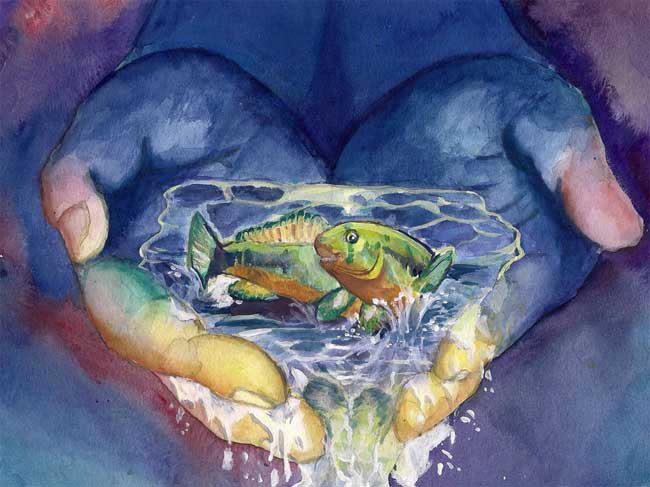 Over 200 institutions participated this Friday in the celebration of the 10th anniversary of Endangered Species Day. It was a great opportunity for all to learn about the importance of animals and the ways to protect vulnerable species from extinction.

The purpose of this day is to raise the interest of public on endangered species and inform about the actions that should be taken to conserve them. Αt least 42 states participated in the events, which took place in six U.S. National Parks, at zoos, museums, parks, aquariums, community centers, schools, even at neighborhood gardens.

This year officials have another reason to celebrate. The Endangered Species Act has succeeded to conserve many species under threat, like American alligators, California condors, bald eagles, brown pelicans, and the many other species on the path to recovery.

Washington, D.C. celebrated Endangered Species Day on Capitol Hill at the U.S. Botanic Garden and through 7 other area events.

On the occasion of this celebration, the Association of Zoos and Aquariums (AZA), which includes 229 organizations all over the world, started an ambitious project: SAFE or Saving Animals From Extinction. The goal of this program is to protect and save endangered species from extinction.

David Barnhardt, director of marketing and guest services of Ohio’s Akron Zoo reported, “Through SAFE we will pull all of these resources we have available to us and develop action plans, raise awareness and engage the public to help these endangered species.”

The educational interest for the exhibition became apparent from the more than 1,000 Northeast Ohio School children and their 300 adult escorts, who visited the Akron Zoo on Friday. There was also a huge participation of children in the annual Saving Endangered Species Youth Art Contest. Officials of the Ohio zoo did a survey and asked visitors what it would be like for them if they no longer see or learn from animals.

Dallas zoo also participated in the Endangered Species Day with many events The Dallas zoo is focusing on penguins, elephants, cheetahs, gorillas and monarch butterflies. More than 32% of animals kept there had been endangered, under threat or near it in the wild. So, in February 2015 Dallas Zoo launched Wild Earth Academy, an educational program, which informs visitors about endangered species. The children’s aquarium, placed at the fair park, took place focusing on the threats.

Ben Jones, Wild Earth Academy’s Dean and Senior Director said, “There’s a balance in nature and it’s very evident that that balance is becoming imbalanced, it’s shifting. We have to do our part to use the resources that we have, but not use them up.”

Special events and other activities to celebrate the 10thh annual Endangered Species Day will last throughout the month of May.

Find an Endangered Species Day event near you.

Even fish need sunscreen!
The impact of California’s drought to salmons