A number of Democrats are looking to block Trump’s presidency 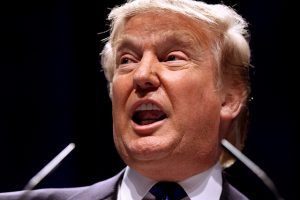 It has been reported that at least half a dozen Democratic electors are preparing to lobby voters in various states, in hopes of keeping president-elect Donald Trump out of the White House. Several Democrats intend to vote against Trump when the Electoral College, which is made up of 538 members, meets on December 19 in order to block his presidency.

The voters, who are mostly former Bernie Sanders supporters from Washington state and Colorado, are encouraging other electors to ignore their oaths by voting against Trump.

It’s quite a unique situation since, it is very rare for electors to disobey the will of the public, and in certain states, voters must follow the popular vote, according to state law. But their efforts might prove futile, since there is an unlikely chance that the voters will be able to persuade the necessary 37 Republican electors to reject the billionaire businessman.

Trump did indeed win the presidential race unexpectedly, but it doesn’t negate the fact that he won 290 electoral votes, in comparison with Hillary Clinton, who won 232, even though she led the popular vote over Mr Trump by about 1.7 million votes as late as Monday morning. In order for a candidate to get to the White House, he must acquire a 270-vote majority.

The hatching of a master plan

Micheal Baca, a Democratic elector from Colorado, told Politico, that he believes that as a result from the group’s plan to vote against Trump, there would be “a serious look into Electoral College reform”. Another elector chimed in, “If it gets into the House, the controversy and the uncertainty that would immediately blow up into a political firestorm in the US, would cause enough people — my hope is — to look at the whole concept of the Electoral College,” The group is also reportedly considering to oppose Hillary Clinton, and partner with Republicans in favor of a new candidate like John Kasich or Mitt Romney.

“If you could get 8 or 10 Trump electors to vote for someone else, then that would probably get people’s attention,” said Electoral College expert and political science professor George Edwards III. If the plan actually goes into effect on December 19, it will be significantly the most “faithless electors” since 1808, when six declined to vote for James Madison.