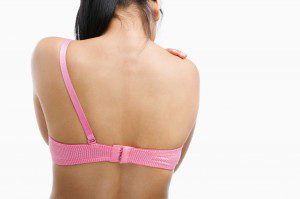 Researchers have found that adding a particular hormone-suppressing drug to the chemotherapy treatment of some breast cancer patients can actually go a long way in preserving their fertility. Adding this treatment also reduced the chemotherapy’s potential for the onset of menopause-like symptoms in young women connected to premature ovarian failure.

The researchers, presenting their findings Friday in Chicago at the annual meeting of the American Society of Clinical Oncology, pointed out that the hormone-suppressing treatment, goserelin, when applied with chemotherapy, appears to be able to protect the woman’s eggs and ovaries from the harmful effects of chemotherapy.

Halle Moore, an oncologist at the Cleveland Clinic who was a part of the government-funded study, is quoted in the Wall Street Journal as saying: “I think this is ready to put into practice for patients who want to avoid ovarian failure with chemotherapy. I think this is something that should be offered to young women given chemo with curative intent, similar to those in this trial.”

The researchers also noted that goserelin added to chemotherapy was a safe option for women with early-stage breast cancer and who also had a particular tumor that did not carry certain hormone receptors. In the clinical trial, women under 50 years old with cancers confined to the breast area or adjacent lymph nodes and whose cancers were not estrogen and progesterone receptive were given either a treatment protocol of the chemotherapy drug, cyclophosphamide and goserelin, or just the chemotherapy alone.

“What we’re trying to do here is to make their quality of life significantly better, so they don’t have to suffer with premature menopaus,” Kathy S. Albain, senior author of the study, is quoted as saying in the Wall Street Journal.

Albain is also an oncologist and professor of medicine at Loyola University Chicago Stritch School of Medicine, and her latest study reflects increasing attempts by the medical community to mitigate the risks to women who have to use chemotherapy drugs.