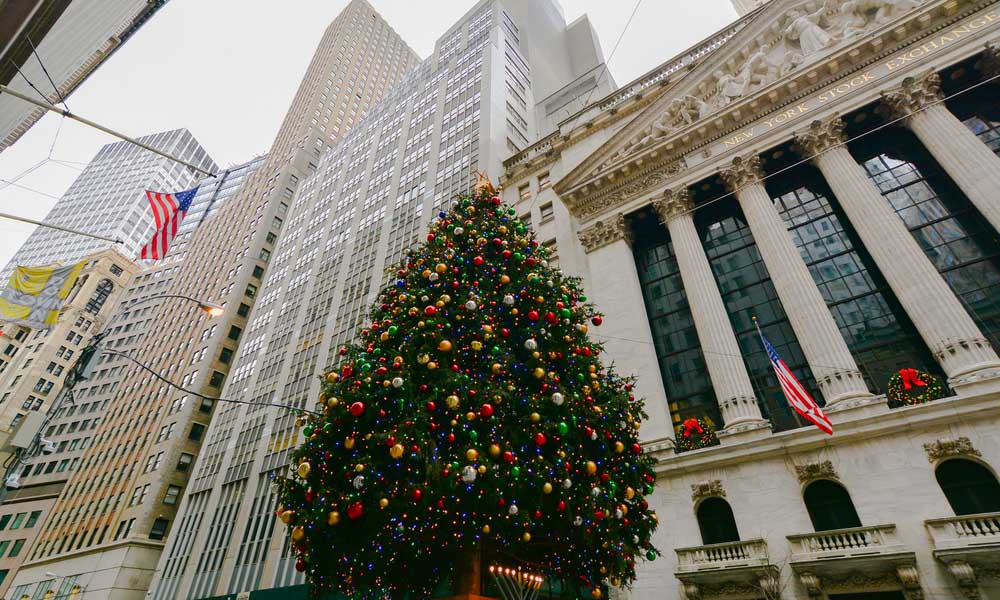 
The year 2016 has been a rough and tough rollercoaster ride, and wasn’t for the faint of heart. However, those who held on were rewarded handsomely: The resilient Dow is set to close this year more than 4,300 points above its January low of 15,451. A post-election surge, built around President-elect Donald Trump’s stimulus promises, has carried the Dow almost to 20,000 for the first time. With a scary start in 2016, The Dow dived 1,079 points in the first week because of concerns about China’s economic slowdown and plunging oil prices. The 6% selloff was the Dow’s worst five-day start to a year on record. Soon after, the panic ended. By mid-March, the Dow was up for the year, and the bull market was back on track.

Then came the political shocks. First there was the unexpected decision by British voters to leave the European Union. Brexit caused the British pound to crash and sent the Dow tumbling down 611 points in a single day.

The Nasdaq, home to winning tech stocks like Netflix and Facebook, is closing the year 30% above its bottom. The S&P 500 staged a similarly dramatic move, ending in an impressive 25% above its low from February, when the price of oil crashed to $26 a barrel. Ultimately, all three major indexes notched healthy gains in 2016, ranging between 8% and 14%.


The bull market in US stocks is on track to turn eight years old in March. Since President Obama’s 2009 inauguration, the S&P 500 has more than tripled because of the economic recovery from the Great Recession and extremely low interest rates from the Federal Reserve.

Towards the November 2016 presidential election, US stocks stabilized. However, Dow futures plunged more than 900 points on election night as Hillary Clinton’s unexpected defeat became more and more obvious. That reaction seemed to confirm predictions that a Trump victory would cause a crash in the stock market. But the Trump selloff proved fleeting. Wall Street welcomed President-elect Trump with a bang, rising 257 points the day after he won the presidential race.

“This year we saw more sentiment flip-flops than we’ve experienced in a long time. The problem was that a lot of things didn’t follow the script,” said Michael Block, chief market strategist at Rhino Trading Partners. “I would’ve thought you were crazy, if you told me Trump getting elected would be greeted by a five-hour-long selloff, followed by a six-week rally.” he added.

Stocks slip on Wall Street toward the end of 2016
Ford cancels $1.6 billion Mexican plant, and Trump’s criticism is the reason why