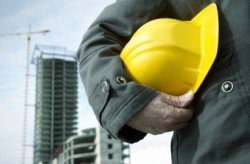 A new report by the Washington Examiner finds that construction workers doing work for the federal government are paid as much as three times the average market rate for their profession. These findings result from mathematical errors made by bureaucrats operating under the terms of the Davis-Bacon act.

The Davis-Bacon act of 1931 has the Labor Department establish occupational prevailing wages for various government contractors by sending out surveys to employers.

The Washington Examiner points out that, “In their half-hearted efforts to determine what people make, Davis-Bacon administrators send paper survey forms to local employers and unions. But response rates are abysmal, Heritage Foundation labor researcher James Sherk found, with three-quarters of wage determinations based
on less than 25 responses, and 1 in 5 based on five or fewer—a sample far too small to be meaningful.”


The nonpartisan Congressional Budget Office found that the Davis-Bacon Act “distorts the market for construction workers,” thanks to the disparity that exists between the prevailing wage and regular wages.

This means that a window installer working on a government contract in New York cannot be paid less than 42 dollars an hour, while the market rate in the private sector for the same job in New York City is $18.87 an hour.

Another example is the pipefitter industry, where workers in Laredo Texas make $36.49 an hour on a federal contract. The private market rate is $11.47 an hour.

Lathers in Philadelphia can expect to make $19.26 an hour, but on a federal contract they must be paid no less than $39.90 an hour with an additional $25 an hour of fringe benefits added onto this.

These are just of few of the many examples of the distortion of the construction market that occurs under federal contracts.

“It was a bad law when it was passed, and it’s a bad law now. There are so many anomalies in the surveys I have examined, I simply can’t describe it as any kind of scientific of fair process,” says independent researcher Armand Thieblot, who has been studying the law since 1973.

“The market is always going to require higher pay for greater skill … It’s up to the individual contractor or employer to discover that higher rate,” explains Thieblot.