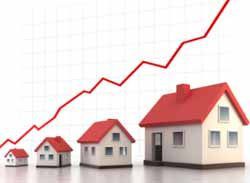 While economic data is hard to come by during the government shutdown, at least the Mortgage Bankers Association can still release its Market Composite Index. The modest revival in refinancing applications continued during the last week, as the number of people who wanted to save money on their mortgages seemed to increase as the rates once again slipped lower. All mortgage application volume increased 1.3 percent, which was based on a seasonally adjusted basis. It increased just 1 percent on an unadjusted basis for the week, which ended on October 4.

The increase was completely based on refinance applications, which increased to 64 percent of all applications up from 63 percent the week before. The Refinancing Index climbed 3 percent from its levels for the week that ended September 27. That was the highest level for the index since August 9.

Here are some of today’s rates from the more popular lenders:

While the Federal Reserve will have very little economic data for their October meeting, they probably cannot decide to start tapering the stimulus. The stimulus involves the purchase of $85 billion in bond purchases each month to keep interest rates low and help boost the economy.

On a positive note, President Obama has targeted Federal Reserve Vice Chair Janet Yellen to follow in the footsteps of Ben Bernanke. Bernanke’s term will end on Jan. 31, and Yellen has worked closely with him during his eight years of leadership throughout a recession and economic turmoil.

All of the focus now is on the government shutdown persisting and the potential for the U.S. to default on its debt if the debt ceiling is not increased in time to make the payments. Those two things could impact the economic situation. In the meantime, mortgage rates have fluctuated very little in recent days.