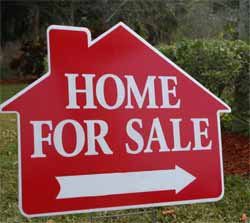 After experiencing the recent volatility of the market, mortgage rates are starting off the week lower than they were last week. Rates had spiked last week, reaching a two-year high. Although historically low, the rates surpassed the 4.5 percent range where they had hovered and struggled their way to an average around 4.75 percent.

Rates have been more volatile in anticipation of a definitive answer as to when the Federal Reserve will start the bond buying drawback. In order to keep the interest rates low, as part of the stimulus program, the Federal Reserve has been buying $85 billion worth of bonds each month. As the economy appears to improve, based on economic data and reports, the tapering of the program will begin.

As of now, many experts believe tapering could begin as soon as Sept. 18 and the program would be completely phased out by sometime next year. An official announcement from the Federal Reserve is expected on Sept. 18 when they release minutes from the August meeting.

Average rates from some of the top lenders are as follows:

The closing costs, loan origination fees, and other expenses also vary from lender to lender. All of those can impact the overall cost of the loan significantly. All fees and additional expenses should be considered before locking in a loan. Remember, the interest rates and fees can add a significant amount, even hundreds of dollars per month onto your mortgage payment.

Experts indicate that mortgage rates are still very volatile and can change quickly, therefore, rates should be locked in as quickly as possible before the next spike.