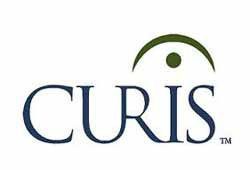 Curis Inc. reported Monday that it is being allowed by the U.S. Food and Drug Administration (FDA) to resume testing of its experimental cancer drug after early-stage trial enrolment was halted in November following the death of a patient with advanced breast cancer.

The experimental drug, codenamed CUDC-427,  is designed to work in a similar way to other cancer therapies such as chemotherapy, radiation, and immunotherapy by neutralizing factors in the body that interfere with its normal process of eliminating damaged or defective cells (a process called apoptosis). When the body is prevented from eliminating damaged cells, cancer cells will continue to grow.

Curis Inc., an oncology-focused drug development company, had started the drug trial in the third quarter of 2013 in patients with advanced solid tumors or lymphomas. However, trial was halted trial after the death of a patient with advanced breast cancer, who experienced acute liver failure about a month after the drug was discontinued.

It’s expected that breast cancer study on the experimental drug will begin in the second quarter of this year. According to Curis, testing will continue with the drug as a monotherapy, used in combination with chemotherapy drug, capecitabine, in patients of a type of advanced breast cancer.

“We have worked diligently with the FDA and anticipate re-opening the monotherapy Phase 1 study as soon as possible,” said Ali Fattaey, Ph.D., President and Chief Operating Officer of Curis. “We continue to believe that CUDC-427 has significant potential as an anti-cancer agent and expect to proceed with CUDC-427’s overall development plan, including our planned study to investigate CUDC-427 in combination with capecitabine in HER-2 negative advanced breast cancer patients.”

Several other companies have been exploring therapies that work to promote apoptosis (cell death). For example, TetraLogic Pharmaceuticals Corporation,  a clinical-stage biopharmaceutical company, announced last week that it would present data from its novel SMAC-Mimetic program at the American Association for Cancer Research (AACR) Annual Meeting in April.

Nasdaq.com reports that Tetralogic is currently testing its lead SMAC-Mimetic, birinapant, in Phase 1 and Phase 2 clinical trials for hematological malignancies and solid tumors. Birinapant has been shown to promote apoptosis in cancer cells.