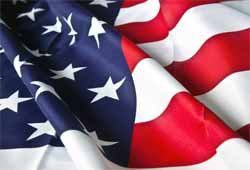 A California court issued a ruling that has infuriated those who love America when it said a Northern California High School had the right to force students wearing American flag T-shirts to turn them inside out because it might spark a violent reaction by Hispanic students celebrating Cinco de Mayo.

The issues surrounding the case began in 2010, when three students at Live Oak High School in the San Jose suburb of Morgan Hill wore t-shirts emblazoned with the American flag to show their patriotism on Cinco de Mayo. During a mid-morning “brunch break,” the students were told by Assistant Principal Miguel Rodriguez they would not be permitted to wear their shirts with the flag and they would need to either remove the shirts or turn them inside out.

When the students refused to do so, feeling that would be disrespectful to the flag, Rodriguez ordered them to his office.


Rodriguez allegedly lectured two of the student’s parents about Cinco de Mayo when they arrived, saying he had received complaints from Hispanic students, and that the flags needed to be covered up to avoid offending Hispanics on “their day.” Principal Nick Boden backed Rodriguez up, saying he did not want to offend students celebrating Cinco de Mayo.

During this time, the only flag that was prohibited was the American flag. John and Dianna Dariano, Kurt and Julie Ann Fagerstrom and Kendall and Joy Jones filed the case on behalf of their children. The case was brought by the Rutherford Institute, the Thomas More Law Center, and the Becker Law Firm of Los Angeles.

In the case, attorneys argued the school’s order amounted to viewpoint discrimination because it only applied to the American flag.  During the day, students were allowed to wear pro-Mexican shirts and other displays to show their support for Mexico, including body paint.

Judge Ware said that the school had the right to forbid the students from wearing the American flag, because of security concerns, noting that Live Oak has had a history of problems between white and Latino students on Cinco de Mayo.

The judge’s ruling noted that after students were walking around the school with a Mexican flag, Caucasian students displayed a U.S. flag on a tree.

After Rodriguez asked the Mexican student to stop using such language, he said, “But Rodriguez, they are racist. They are being racist. F— them white boys. Let’s f— them up.'”

The judge also said during the day a “male student” approached one of the plaintiffs and “shoved a Mexican flag at him.”

Based on these incidents, the judge said rather than blame those where causing the bullying, the school was right to censor the victims of the threats.

The case was appealed, but this week the 9th U.S. Circuit Court of Appeals upheld Ware’s decision, saying the school officials fear of violence from the Hispanic students trumped the First Amendment rights of those wearing the American flag t-shirts and the school was acting within its authority. They said officials’ fear that expressions of the American flag would inflame the passions of Latino students celebrating the Mexican holiday.

William Becker, one of the attorneys representing the students, said they planned to ask for the entire 11 judge panel of the appeals court to rehear the case and he was prepared to appeal to the U.S. Supreme Court if needed.

“The 9th Circuit upheld the rights of Mexican students celebrating a holiday of another country over U.S. student proudly supporting this country,” Becker said.

John Whitehead, president of the Rutherford Institute, said the case amounted to letting bullies force those opposed to them to back down. “Courts have previously ruled against what is called a ‘hecklers veto,’ meaning a heckler is not allowed to shut down someone else’s free speech. However, in this case the judge ruled that those who are opposed to someone else’s speech are allowed to have their way based on security concerns.”

Whitehead said he was not opposed to the students wearing the Mexican flag. “If they want to war a flag on Cinco de Mayo, that’s fine. The point is you can’t discriminate by saying what flags can be worn and which ones cannot,” he continued. “If Hispanic students do get violent, those are the ones you punish, not the ones that are expressing themselves.”

Top Dem says those who lost health insurance are liars, Obamacare has no problems
Is Connecticut preparing for gun confiscation?