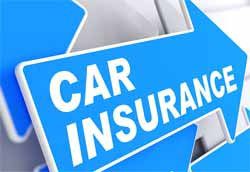 A study by the Consumer Federation of America has shown that none of the involved insurance companies offers a basic auto insurance policy to drivers under $500 per year. The study was done in 50 large urban locations.

The press release from the Consumer Federation of America indicates that there are some of the areas that offered a basic yearly premium of over $500.

This research has raised very important questions on whether the state-mandated insurance is fairly priced and whether it is affordable to most of the lower-income Americans. This is according to a statement by Tom Feltner, who is the director of financial services at the Consumer Federation of America. He is also the principal author of the press release.

These high insurance premiums have denied many of the Americans an economic opportunity to drive to work or other businesses. It could also be the major reason as to why many of these Americans will opt to drive without insurance.

According to the press release, the Consumer Federation of America has reported that insurers often quote prices on a policy with no regard to the credit score of a driver. They are reported to use other factors, including education as well as the occupation of a driver. This has disadvantaged low and moderate-income drivers. The drivers are, therefore, not in a position to shop around for a favorable insurance policy based on price.

A number of these drivers have chosen to buy collision and comprehensive insurance, as well as liability coverage while financing their cars. This definitely increases the costs involved.

Auto insurance is a requirement in the country, with only the exception of New Hampshire. Around 14% of motorists in the country were not insured for the period between 2002 and 2009, according to the Federal Insurance Office of the Treasury Department.

Things you need to ensure you get a policy when you need it:

You’re probably wondering “Why do car insurance companies ask for social security numbers?” This is one of the most common questions insurance consumers ask. Being asked for your SSN might feel like a violation of your privacy, but insurance providers need it for a couple of reasons.

Running your social security number is how insurance providers check your credit history and see if you have a criminal record. These are essential elements that are used to determine the risk associated with each driver. This is how auto insurance companies determine how much drivers must pay for their coverage.