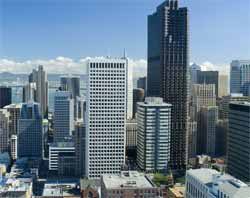 Beginning on January 1st, borrowers will have more difficulty obtaining a higher mortgage.

On Friday, the Department of Housing and Urban Development announced it will lower FHA loan limits from a maximum of $729,750 to $625,500. FHA mortgages are a popular option for first-time and lower-income borrowers, and this move decreases the maximum loan amount by over $100,000. This limit applies to one-unit homes in the high-cost areas of the country.

It was six years ago that Congress increased FHA mortgage caps to bolster the industry, as banks decreased lending to home buyers with small down payments. Congress had planned to lower FHA limits under HERA in 2009, shortly after the increase under the Economic Stimulus Act of 2008, but this move was delayed until now.

In low-cost areas, the standard loan limit will remain at $271,050. The FHA stated that it intends to focus more heavily on lower income borrowers, not high-income earners who want to take advantage of low rates and down payments. Anyone can currently apply for an FHA loan, and the agency has made no indication it plans to change this.

This news means that borrowers who want to borrow over the cap must turn to the private jumbo market instead, which has far stricter lending standards than the federal government, as well as higher credit score and down payment requirements. The private market also comes with higher interest rates.

Jumbo loans are typically held on the lender’s books and not sold to the government, so each lender decides the terms, which tend to vary widely. Borrowers with the best credit scores and more cash for a down payment will see the least impact.

Loan limits in about 650 counties will be lowered started January 1, 2014. Borrowers who obtain an FHA loan near the old cap usually live in more expensive cities like New York, San Francisco and Los Angeles, where even basic single-family homes may run into the millions.

Loans of $650,000 or more account for a very small percentage of FHA insured mortgages; only 0.53% of mortgages insured by the FHA in the third quarter, according to HUD. This is double the share of these larger loans compared to 2009.

More lenders have returned to the private jumbo loan market, lending beyond FHA limits. This trend has increased over the past two years and is expected to hit the highest level since 2007. Lenders increased private jumbo lending by 34% over last year, according to Inside Mortgage Finance.

Lenders remain selective, however, with the majority focused on affluent home buyers with plenty of assets buying multi-million dollar homes.

With more buyers, particularly city dwellers, forced into the private market, this is an opportunity to save money, according to a recent Market Watch article.

This means that, while things seem dire for city dwellers hoping for a large FHA loan in the near future, there is the potential to see greater cost savings in the private market, but it all comes down to credit ratings and cash on hand.