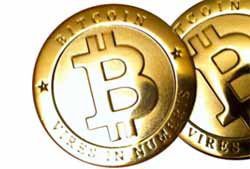 Unlike all other currencies, cryptocurrency Bitcoin has no issuing country. It has no physical basis. It exists only on the Internet. It is also very private and hard to trace. These are the features that make bitcoins so attractive to many Internet users concerned with privacy. Unfortunately, these  are also the features that have given Bitcoin a bad reputation as the supposed currency of choice for tax evaders, online drug traders, child porn content producers and sellers, and a whole host of shady online operators. Well, Bitcoin has gone a long way in becoming ‘mainstream’ with the impending launch of the first totally legitimate, authorized, regulated, and US-based exchange, Coinbase.
Assuming Coinbase will be able to clean up Bitcoin’s public relations baggage, does it make sense to invest in Bitcoin? Due to a variety of structural reasons as well as Bitcoin’s massive, blemishes notwithstanding, global branding, I strongly believe Bitcoin would make for a great currency investment. Of course, you shouldn’t bet all your assets on it but it would definitely make for a great diversification play. Why? The number of Bitcoins that exist or could ever exist is capped. Trading in Bitcoin is like trading in a rare commodity like gold. Heck, Bitcoin is actually better than gold because new gold is being mined every single year with no end in site.
Once Bitcoin’s algorithmically set limit is reached, there would be no additional new bitcoin available. This alone makes Bitcoin worth considering. Also, Bitcoin’s flexibility makes it a very low-cost medium of exchange compared to credit card payments. In fact, it’s payment processing application is what makes it a compelling and attractive long-term currency bet. Expect great news about Bitcoin in the coming quarters.
Continue Reading
You may also like...