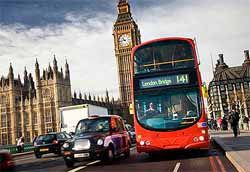 Critics of Sharia law, with its harsh penalties legalizing persecution of women and non-Muslims, have long warned about its creeping into western court systems. It now appears their warnings have come to be a reality, with the British legal system now issuing guidelines for those drawing up wills that will permit discrimination against non-Muslims and women over inheritance issues in the court system.

The UK Telegraph announced that the new guidance has been issued by The Law Society, and under the new rules, High Street solicitors who help draw up wills will be able to write wills based on Islamic principles that are part of Sharia law that deny women an equal share of an inheritance and prohibit non-Muslims from having any part in an inheritance.

The documents produced by the solicitors will be recognized by Britain’s courts and will also prevent children born out of wedlock, including adopted children, from being considered legitimate heirs under British law. It also excludes those who were married in a church or civil ceremony, as well as a woman who is divorced from receiving an inheritance.

While Nicholas Fluck, president of The Law Society, told the Telegraph that the new guidance promotes “good practice” in applying Islamic Sharia law in the British legal system, others are sounding the alarm over the idea of allowing Muslim law, with its strict stands against unbelievers, to supplant rights guaranteed under British law.

Sharia law has been used by Islamic governments to prevent a person from leaving the Islamic faith.

While some might say that an individual has the right to draw up a will regarding the disposition of his personal possessions after his death any way he chooses, regardless of his religious beliefs or even if he has none, the guidelines go much farther than simply allowing a person to draw up a will the way they would like it.

Rather, the guidelines provide ways to delete or add specific legal terms to prevent those who would normally be allowed to contest a will from having any type of claim over their inheritance and having redress in the courts.

The guidance even goes on to admit that in the future Sharia principles have the potential to overrule current British practices in some legal disputes.