BlackBerry (NASDAQ:BBRY) [stockdata ticker=”BBRY”] announced that it has acquired the Germany based mobile security company Secusmart GmbH. Established in 2007, Secusmart provides data encryption and other highly sensitive security products to national governments and various private sector companies involved in the telecommunications sector. The price of the acquisition has not yet been revealed to the press yet. 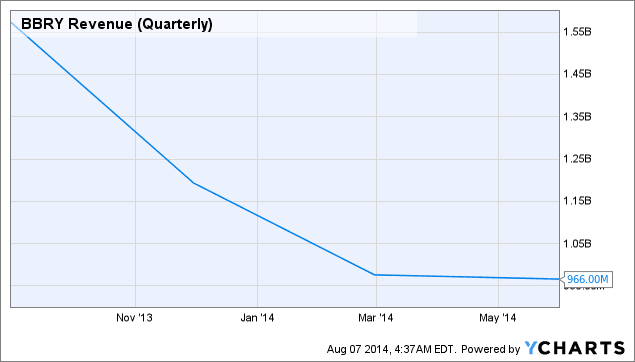 Secusmart is famous for developing its security cards. It is a type of smart card that hosts a miniature computer which is integrated into a micro-SD card and contains the NXP SmartMX P5CT072 crypto-controller with a PKI coprocessor for authentication. The company already offers the SecuSUITE for BlackBerry 10 solutions. Secusmart currency provides secure mobile telephony with VS-NfD security clearances to the German government.

Hans-Christoph Quelle, the head of Secusmart, said that the Government of Germany has so far not raised any concern regarding the acquisition. “I am sure that there will be a positive decision after it has been looked at,” said Quelle. “We see significant opportunities to introduce Secusmart’s solutions to more of BlackBerry’s government and enterprise customers around the world,” he added.

BlackBerry has been trying to focus on software security since John Chen took over as the CEO. Commenting on the acquisition, he said “the acquisition of Secusmart underscores our focus on addressing growing security costs and threats ranging from individual privacy to national security. This acquisition bolsters our security solutions with leading voice and data encryption and anti-eavesdropping technologies, and furthers BlackBerry’s security leadership in end-to-end mobile solutions.”

“We are always improving our security solutions to keep up with the growing complexity of enterprise mobility, with devices being used for more critical tasks and to store more critical information, and security attacks becoming more sophisticated,” he added.

Over the last year, BlackBerry’s (NASDAQ:BBRY) [stockdata ticker=”BBRY”] revenue has plummeted to $966 million, representing a 38.6 percent decline amid fierce competition from iOS and Android based devices. Besides the few corporations who have traditionally used its devices for secure corporate communications, BlackBerry’s devices have failed to appeal to the mass consumer market in recent years.

Since then, the company has been trying to modify its business model to become a more service oriented company rather than focusing on the hardware business. The acquisition of Secusmart will provide BlackBerry with the technology to move towards becoming a leader in mobile security service solutions.