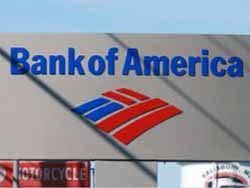 More than 80 mortgage-related jobs at Bank of America will be cut in North Texas by April, Dallas Business Journal reported. The layoffs are the latest in a series of cuts in the mortgage industry amid declining mortgage and refinance activity. Tens of thousands of jobs were cut in the industry in 2013.Three layoffs will be effective April 13, according to the notice sent to the Texas Workforce Commission, and affect Dallas, Collin, and Tarrant counties. There will be an additional layoff in Richardson effective April 23.

In a statement, Bank of America said the number of delinquent loans has dropped by 75% from its peak, while there has been a drastically reduced demand for refinancing.

This news comes one month after layoffs in the technology and operations division were announced. It’s at least the third round of cuts in three months.

Periodic layoffs have become common at Bank of America over the last two years, with most of the cuts targeting its mortgage industry in the last year. Since 2011, Bank of America has cut nearly 40,000 job, which have targeted back office and support operations in particular.

In February, Wells Fargo cut more than 700 mortgage-related jobs, while JPMorgan Chase said it plans to cut 8,000 jobs by the end of the year as the mortgage business shrinks and it aims to control costs. This trend is seen not just at large lenders but also smaller banks.

Six months ago, Bank of America closed its Beachwood and Independence facilities in Ohio, laying off 1,050 people in refinance and customer service.