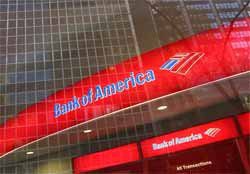 New York – In a regulatory filing released on Thursday the Department of Justice (DOJ) informed Bank of America (NYSE:BAC) of their intention to file civil charges related to mortgage backed securities and other mortgage-related matters.  The Securities and Exchange Commission are also considering filing charges against Bank of America unit, Merrill Lynch as an investigation into the investment bank’s collateralized debt obligation (CDO) operations is wrapping up.

During the mortgage boom of the last decade, banks would securitize mortgages into investment packages for sale on the secondary market.  Many of these packages, called CDOs, failed when the housing market collapsed.  According to a Frontline investigative report on the banking crisis, many of the banks offering CDOs knew that the investment was riskier that they led investors to believe.

In a statement, Bank of America said that it is fully cooperating with investigators and that active discussions with each Government entity are currently underway to explain why the bank believes the charges are not appropriate.  According to Lawrence Grayson, spokesperson for Bank of America, the company ‘made progress resolving many issues and will continue to work to address any outstanding matters.’

The DOJ filing also noted that the New York Attorney General’s office intends to file action against Merrill Lynch, following an investigation of some of its residential mortgage backed securities.  In related news, the bank asked a judge in Boston to deny a class-action suit being brought by homeowners over the bank’s alleged failure to properly modify their mortgages – in many cases leading to foreclosure.

In an effort to divert attention from the bank’s alleged involvement in the housing crisis, the bank released an announcement on Wednesday claiming that they had made more than $ 1.6 billion in loans and other real estate development solutions in the first half of 2013 through their Community Development Banking program.  The amount was double the amount granted through the program in the same period in 2012.  First half activity also included approximately $ 1 billion in commercial real estate lending, an increase of 67 percent from $ 600 million in 2012.

Investors have paid little attention to the bank’s legal issues as Bank of America’s share price has outperformed many of large-bank in the past month.  During that period, shares in JP Morgan Chase & CO (NYSE: JPM) and Wells Fargo (NYSE:WFC) have increased by close to 7 percent, but shares in Bank increased by almost 16 percent.  On Friday, Bank of America added close to 2 percent.