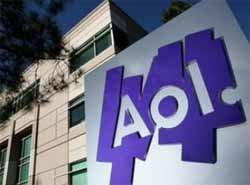 NEW YORK – The push for AOL (NYSE:AOL) and Yahoo (NASDAQ:YHOO) to merge intensified last week as Starboard Value LP publically announced that the fund had urged both companies to merge. The announcement followed the release of a letter that Starboard sent to the boards of both companies in late-September. In the letter Starboard suggested that AOL would be the surviving company, the fund also suggested that Yahoo become more aggressive in cutting costs and slow down on acquisitions to conserve cash.

According to the fund’s filings with the Securities and Exchange Commission (SEC), Starboard currently owns a 2.4 percent stake in AOL and 0.8 percent stake in Yahoo. Many analysts were surprised by this announcement as they did not know of Starboard’s holdings in Yahoo.

AOL Chief Executive Officer Tim Armstrong has been seen as receptive to Yahoo shareholders as he has acknowledged a merger would benefit his company. However, Mr. Armstrong cautioned that such a deal is a remote possibility as neither side has approached the other regarding the idea.

According to Reuters, Starboard and another unnamed Yahoo investor reached out to Mr. Armstrong regarding a merger as the investors were convinced such as deal would yield close to $ 1.5 billion in cost savings.

For Starboard’s part, they want to spin off Yahoo’s web and email businesses and merge them with AOL. This would leave only Yahoo’s holdings in Alibaba (NYSE:BABA) and Yahoo Japan (TK:4689) in a separate company. It is believed this would satisfy investors who believe the returns from these holdings are underutilized by Yahoo today.

Currently Yahoo has a market capitalization of $ 47 billion, while the newly-IPO’d Alibaba is worth $ 44 billion – analysts and investors alike argue under the current structure Yahoo’s share price does not reflect the value of the company’s website and email operations, which are estimated to be worth just under $ 7 billion.

Meanwhile, Mr. Armstrong has been credited for reviving AOL. This includes strategic cost cutting measures, repositioning the brand, and acquisitions such as Adap.TV, an automated video advertising platform. Since Mr. Armstrong took over AOL, the company’s market cap has almost doubled in value.

However, the reign of Yahoo Chief Executive Officer Marisa Mayer has not been viewed as positively, even though the company’s shares have tripled since 2012. Besides overreliance on Alibaba and Yahoo Japan, they point to what they consider needless acquisitions such as the recent purchase of Adap.TV competitor BrightRoll for $ 640 million.

It is believed that a combined AOL/Yahoo would be better positioned to compete with Google (NASDAQ:GOOG) or Facebook (NASDAQ:FB). However, this opinion might mask over the fact that the industry has passed AOL, and Yahoo by and the combined share of the two companies is almost insignificant when you factor in their position in mobile. As such, a merger might create a one-time bonus for investors but ultimately create little value over the long-term.